A journey from Alice Springs to Tennant Creek, and onwards to Newcastle Waters follows in the footsteps of a quarter of a million servicemen and women who travelled through this arid terrain to defend Australia in WWII.

The town of Tennant Creek grew in response to gold mining in the area in the 1930s. By 1935 some 600 prospectors were working on the goldfields and by 1937 the towns gold production valued at £85,000 accounted for two thirds of the Northern Territory’s total gold output.

Tennant Creek was declared out of bounds to military personnel in late 1941 when the authorities became concerned about potential altercations between Tennant Creek’s mining community and servicemen. In September 1942 all licensed premises along the highway were made out of bounds to service personnel.

The Army established a series of Australian General Hospitals across the Territory, including the 55 Australian Camp Hospital in Tennant Creek. The former buildings of the hospital were later named Tuxworth Fullwood House for two local identities and are entered in the Northern Territory Heritage Register. Another site of wartime significance is the Central Gold Battery Mining Museum which holds a display about Albert Chalmers Borella, the Northern Territory’s only Victoria Cross recipient, the highest award for valour in combat, awarded in 1918.

North of Tennant Creek is the junction of the Barkly Highway and the Stuart Highway known as Three Ways. This intersection was a vital link in the North Australian wartime transport network, providing an east-west connection to Mt Isa and north-south connection from Alice to Darwin. In March 1941, the Minister for the Army approved the building of the road link from Camooweal, on the Queensland border, across the Barkly Tableland to join the North-South road 25kms north of Tennant Creek. Road workers from Queensland, already working on the road from Mt Isa to Camooweal, pushed on across the savannah plains. The road they built and upgraded continuously until 1944 became the Barkly Highway.

Following the attacks on Darwin 19 February 1942, a daily service operated along the East-West road from Mt Isa to Larrimah. With an operating fleet of over 1,400 vehicles, the round trip from the railhead at Mt Isa to Larrimah took 12 days. During their tour of duty, the regiments mounted 173 convoys, which in addition to cargo transported nearly 2,500 mailbags and 5,000 Australian and American army personnel.

On a detour from the Stuart Highway along the old North-South Road is a natural feature that became the subject of many thousands of photographs, poses and comments during the war years. From September 1940 the convoys of the Darwin Overland Maintenance Force hauled supplies north to Larrimah. At the top of a rise troops were confronted by a rock outcrop, which someone decided resembled Britain’s wartime Prime Minister, Winston Churchill. It looked even more like him when some imaginative solider put a tree limb in the ‘mouth’ as a cigar. The name Churchill’s Head was painted on the rock and throughout the war years convoys took a short break here while the troops stretched their legs and took photographs.

The nearby town of Newcastle Waters consisted of a Telephone Repeater Station, Post Office with Postmaster’s Residence and store. The town had an important strategic purpose, providing critical direct-voice communications and supplying surrounding pastoral stations which provided cattle across the Territory; livestock that was vital for feeding the military and civilian population. 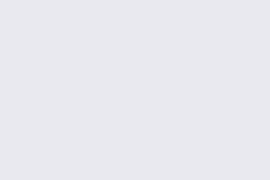